The Philadelphia Chapel was the first Baptist Chapel to be built in Barry.  It is situated in the middle of Cadoxton (next door to the King William pub).

The name Philadelphia means “brotherly love” from the Greek φιλεω (phileo) “to love” and αδελφος (adelphos) “brother”. Philadelphia was a city found in what is now modern day Turkey. It was one of the seven Churches of Asia mentioned in the Book of Revelation and described as ‘The church steadfast in faith, that had kept God’s word and endured patiently.’

In February 1813 the plot of land – which was formerly an orchard – was purchased from a Mary Bassett for £12.  During that year a simple whitewashed building was constructed with the adjacent ground set aside for the interment of members of the church.  At this time Cadoxton was a small village of around 150 inhabitants.

Baptism’s were carried out in the stream alongside the boundary wall of the Church until 1880, when the baptistery was constructed.

In those early days Welsh was the predominant language for services which was the favoured language of the congregation.

However, with the construction of Barry Docks, beginning in 1884 a steady influx of people seeking work in the growing town began.  These new inhabitants of Barry were not able to fully participate in the worship at Philadelphia, so in 1886 thirty members left to meet in a local school building, holding their services entirely in English.

In 1900 part of the land was taken for road widening purposes.  The Church finally ceased to function in 1937.

Only the shell of the chapel stands today with its small graveyard next to the King William Pub.  Many of the headstones had fallen and are unreadable and these have been placed around the internal boundary wall.

Whilst no further burials can take place at the Philadelphia Cemetery, staff regularly visit and clean the site.  It is kept locked at all times but should you wish to visit this can be arranged by contacting the Barry Town Council Office. 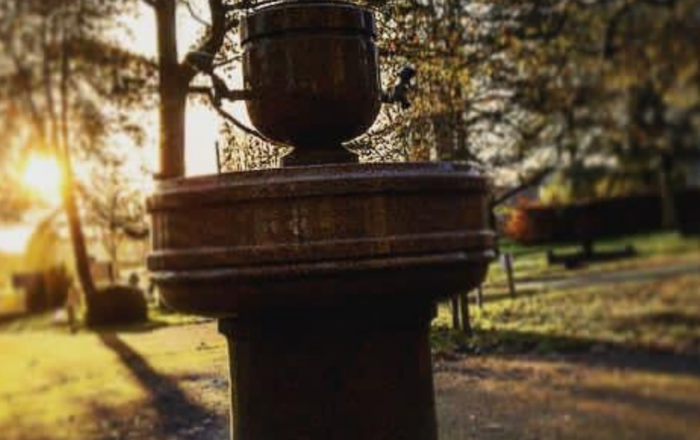